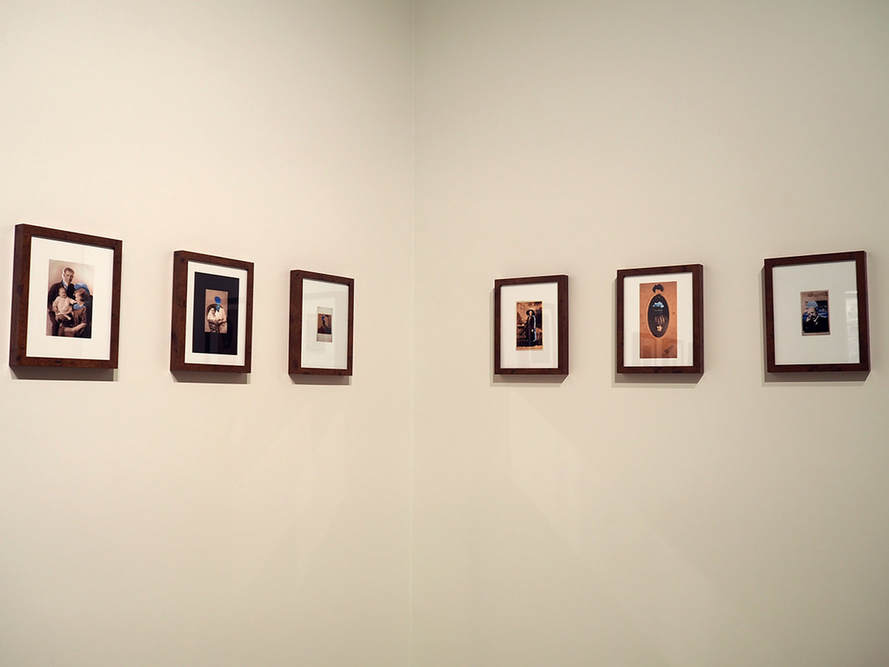 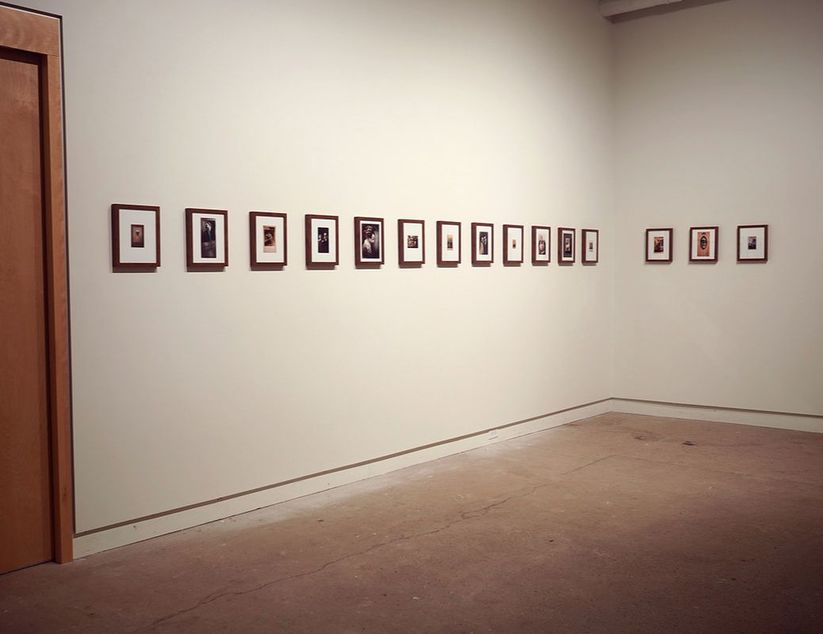 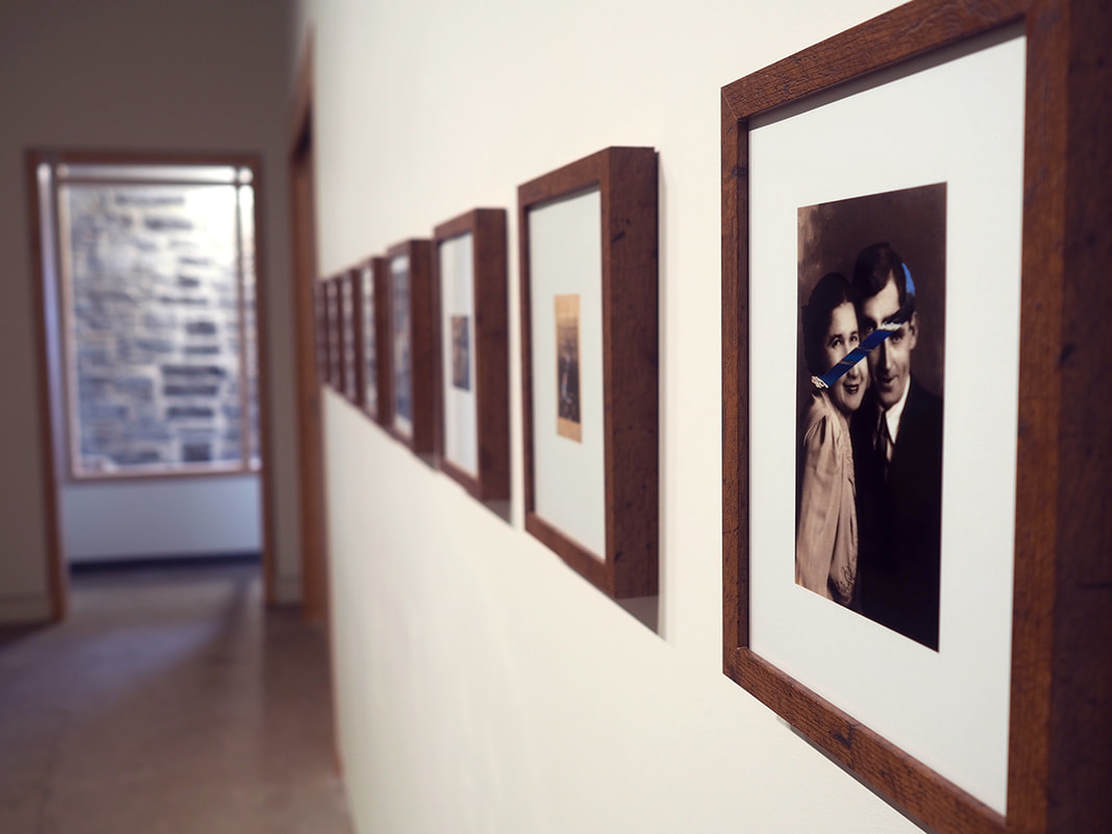 Common Names
2 March–15 April 2017
Modern Fuel Artist-Run Centre, Kingston, ON
Group Exhibition with NO and NO

A Work in Progress (2017–ongoing)
This series of collages originates from a box of found photographs dated from 1901-1918, that I bargain purchased for $5 at a garage sale in Port Perry, Ontario, on the traditional territory of the Mississaugas of Scugog Island First Nation. I am attempting (and potentially failing) to denaturalize settler states of being through Photoshop gestures of slicing, cutting, distorting, and ruining. The series enacts archival and open-access content reckoning, in combination with research conducted through Ancestry.ca and Native-Land.ca, all the while grappling with settler colonial and decolonial theory.

Spoken in a mindful calling, Indigenous name(s) for settler are attributed as titles for each artwork, in correspondence with the traditional languages of each found photograph's territory of origin; locations were determined by the photo studio markings etched onto their backs or conspicuously stamped in their corners.

​How can discomfort be embraced to push beyond everyday feelings, sentiments, and practices that normalize what Mark Rifkin calls, settler common sense?
This series of works received generous support from the Exhibition Assistance Grant from the Ontario Arts Council, an agency of the Government of Ontario.